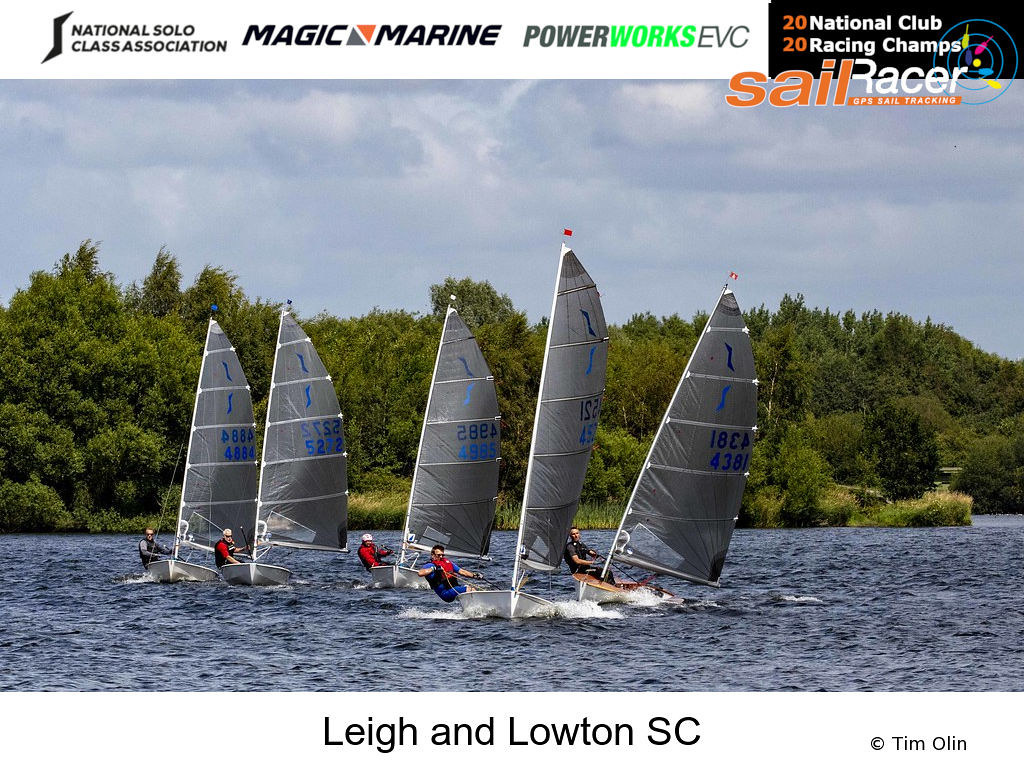 With the 2020 Solo National championship cancelled, like many others due to the Covid 19 pandemic, the Class Association were keen to find ways of keeping its members engaged during these restricted times.

Working with SailRacer, the Class Association came up with an innovative solution to get Solo sailors out racing across the country in a safe socially distanced manner.

The inaugural Solo Club Racing Championships, saw over 100 boats entered and racing at 21 sailing clubs, from Dittisham and Salcombe in the South West all the way up to Loch Insh over 300 miles due north in Scotland.

Each club undertook two races in a variety of formats to fit their own waters, with the brief from Event PRO, RYA National Race Officer James Ripley, to set courses that had a consistent and similar percentage of upwind and downwind legs. Some clubs were able to accommodate their Solo Club Racing Championship races within their normal club races, others running standalone races. To give further flexibility and increased social distancing, some clubs elected to run open starts and average laps, giving sailors the opportunity to select their own start time within the race window.

To maintain social distancing, live online briefings were carried out for both club leads and sailors. These were well attended and gave participants the opportunity to ask questions, with the briefings recorded and then available via the event website.

Using the SailRacer GPS App the club leads were able to set-up their own races, including pinging their course or using pre-defined club buoy libraries. SailRacer HQ were able to remotely monitor club race configurations and help where required. Salcombe set the longest course (3.06 miles) with Papercourt the shortest (0.25 miles) who were limited by weeds across the lake, which led to many laps being completed and plenty of tacks.

To record and track their race, each sailor used the SailRacer GPS App on their mobile phones or a SailRacer dedicated tracker. SailRacer tracking provided live coverage of each race and recorded start, leg and finish times for each boat, including the number of laps completed. Friends and family could watch all the races live online, with the sailors could replay their races and learn from a wealth of leg by leg analytics. The tracking has proved very popular with over 5,000 views so far and over a 1,000 unique visitors to the event website.

Overall results were based on combined times from both races, corrected to course length, laps and course performance factor (calculated across all legs) and all managed centrally by SailRacer. Although no protests were held, these could be lodged online including a tool to draw the incident and a jury was available to meet online.

A well attended prize giving was held online, which in addition to presenting many prizes from sponsors Magic Marine and PowerWorks EVC, included highlights from many of the events with some great video and photos.

To continue the social distancing and use of technology, four Facebook live sessions were run during the day, hosted by top Olympic Coach Jon Emmett and SailRacer’s Simon Lovesey. The shows also included hook ups with live interviews from various clubs, including some on water footage, which combined with the SailRacer tracking allowed many people to follow all the action. The Facebook live sessions saw around 3,000 views.

The feedback from the sailors that they had a fantastic day

“A great entertaining day on the water, definitely quite a good way of keeping a class connected in these weird times.” - Nigel Thomas - Hill Head SC

Solo Class President Doug Latta said “We are seeing a growing interest in Solo sailing and the Solo Club Racing Championships has been a great way of keeping people engaged with the class association when it is challenging to run more traditional class events.”

“It was great to see so many new names out, with particular mention Simon Johnson at Littleton SC who had only just returned to sailing and borrowed the club boat and has now bought his own Solo. In addition to learning all the delights of his new Solo, Simon oversaw the setting up and managing the Littleton event with the SailRacer App”

The 2020 Solo Club Racing Championships raised raised over £250 for the RNLI and NHS Charities.

Top Club (based on best 3 results)